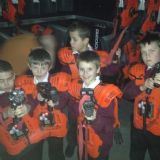 The offsite activities have started for 2012!

We have started off with Phazer Zone, where my team, the orange team, were up against Mrs Clarkes green team. As you can see from the pictures, my team won with 958 points and the green team scored -1. Everyone had a lot of fun.

Over the next few months we will be going to 360, a HUGE play centre, rubber ringing down the dry ski slopes in Welwyn Garden City, bowling, Hollywood style, sailing, raft building, HiRopes, buggies and boards and some bell boat and dragon boat racing at Fairlands . . . . . plus lots of other things! An exciting year of activities for 2012 and all you need is 65 points a week to take part. Why would you miss out on all this for work club!? :o)

What Is Phazer Zone!? 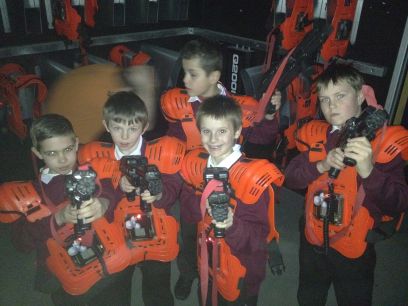 Phazer Zone . . . A game of wits and cunning, stealth and strategy. A game that at times seems almost real. Phazer Zone is an indoor game where you can play in teams or one on one in a pre built (static) arena.

The equipment used consists of:

This contains built in sensors and speakers. This is also the bit of equipment that you wear on your body. Each time a sensor is hit it stores the information to be downloaded into the computer at the end of the game. This is how the computer knows who won in the end, normally Mr Newmans team!

All systems have a phasor of some description. These project a laser beam out of the barrel. The lasers used in this game are completely harmless to us. In fact they are no more powerful than the IR (infra red) beam that comes out of your TV remote control.

This has got to be the most fun game with the least amount of mess that anyone ever invented. 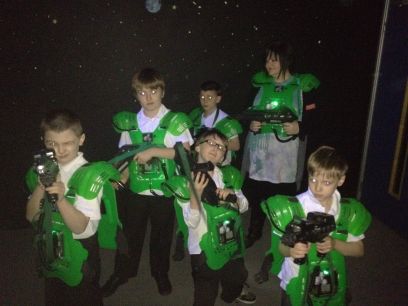 An arena is made up of lots of walls and sometimes has ramps to go up and obstacles such as barrels to hide behind. The arena is sometimes a dark place with few lights. This is the Atmosphere . . . .

When we play our game, the marshal (person overseeing the game) explains how to put on your pack and how to use the phazor properly. He will also issue a verbal set of rules, NO RUNNING, NO CLIMBING and NO PHYSICAL CONTACT.