In-game chat: What you NEED to know! - In conjunction with Safer Internet Day 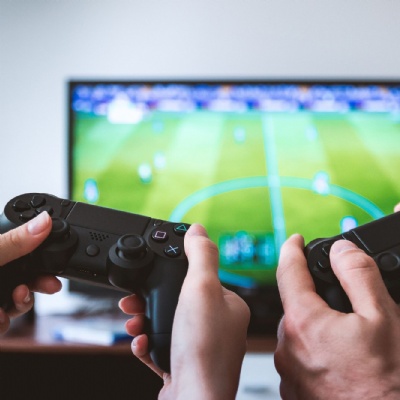 Safer Internet Day is on Tuesday 5th February this year. The aim of 'Safer Internet Day' is to inspire a national conversation about using technology responsibly, respectfully, critically and creatively. As part of this day, Larwood will continue to promote the safe, responsible and positive use of technology by posting useful tips/information to give YOU the tools to help keep your child safe. To kick off this sharing of information for 'SID' we're looking at 'In-game chat'. Within this article in the colour burgundy or underlined words, are more external links to help support the following information:

Video games have always been popular among children - even more so now that online multiplayer games like Fortnite, FIFA and Overwatch have evolved into social spaces, where friends and strangers meet and play together.

Many children make new friends by playing online and get to know each other via voice or text chat while playing.

In-game chat refers to the game’s own built-in chat function which lets the entire group of people playing together, friends and strangers, talk. It’s also popular to use external chat platforms, like Skype or Discord, in which only invited members can join the chat. Being a part of an online community where like-minded people can talk to each other can be great fun — but not everyone in in-game chats has good intentions, and there are a few things to be aware of if your child is using in-game chat functions.

Online grooming is when an adult, sometimes using a fake identity, establishes a relationship with a child online to exploit them sexually — perhaps by asking for nude photos or to meet in person. There have been several reports of children being targeted by abusers through games like Fortnite, and it’s important that your child knows how to handle contact with people they don’t know in ‘real life’.

Explain to your child that people online aren’t always who they claim to be and that they shouldn’t be sharing personal information (their real name, their address, their school’s address) or agree to meet up with people they haven’t met in person before.

Sometimes, abusers will be quite explicit about their intentions and show their interest in children within their username or profile. Make sure your child takes this seriously and doesn’t dismiss it as ‘just a joke’.

They should be aware that abusers might start chatting during a game, but then ask to stay in touch on social media. They might even offer to send children a phone so that they are able to keep their conversations secret.

If you’re worried that your child might not yet be ready to speak to people they don’t know online, all games consoles feature parental and privacy settings that you can adjust so that your child can only communicate with people on their friends’ list - check online for information about your child’s console.

As your child grows, you might be more comfortable with letting them communicate with players they don't know - but get to know the reporting mechanisms of the game they’re playing first, and encourage them to quickly block and report anyone who harasses them, or makes them uncomfortable.

If you come across something you suspect might be online grooming, go to the NCA-CEOP site where you quickly report it.

Playing online with others, especially in ranked matches, can lead to heated arguments, swearing, and insults— especially when one player performs badly. Most in-game communication, whether it’s via text messages or voice chat, is immediate and unmoderated.

When a child is on the receiving end of mean comments or insults, they’ll probably be tempted to respond aggressively or seek revenge. Remind your child that this usually makes the situation worse, and that they should try not to take it personally - the issue is not with them, but rather the bully.  Let your child know that they can talk to you if they have been cyberbullied and you’ll always help them.

Keep a record of the abuse - take screenshots of text messages, for example. Reporting tools vary depending on the game but they’re normally easy to find. If a game doesn’t have them, it’s probably best to avoid it.

If your child seems very upset after being bullied, there are several free support services available that can help them recover.

Read more about bullying in video games on Parent Info.

Think about alternatives to in-game chat

As we’ve mentioned, you can limit who your child can communicate with by adjusting the settings so that they can’t be contacted by people who are not on their friends’ list.

But another option is to set up a private chatroom for your child and their friends using platforms like Discord, which is very secure.

And some games, like Minecraft, offer the ability to set up a private server so that only approved players can enter the gaming session.