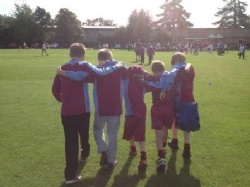 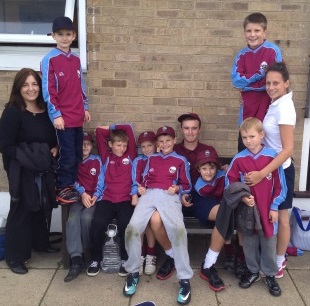 The weather was perfect for cricket and it seemed to inspire us in our first match which we won by over 30 runs! This alone would have been impressive but adding to this was the fact that these 10 pupils hadn’t yet had a full practice together, making the result even more impressive. In true Larwood fashion the boys were polite and graceful to the defeated team, shaking the hands of all involved.

After a quick team talk on areas to improve on (our bowling) we moved on to the next team, which again we beat. This time by catching most of the them out! Alfie Turner was a great captain throughout the day, encouraging all of his players.

With two victories, we moved on to the next team, who we had already been warned about and had been beating all their other opponents, so far. With this in mind we discussed tactics, with Joshua Mockridge adding in his input as vice-captain. We fielded first as we had in previous matches, but this didn’t work in this match and we lost by 11 runs. Still as graceful in defeat as in victory the Larwood boys congratulated the other team. Whilst at lunch we had the nervous wait to see whether we would play again! . . . . . And we did!

Two other games took place, with most of the boys hitting fours and six’s which meant that we were winning and even our bowling had started to improve! All we needed to do was win the next match and we would be in the final of the teams we were playing.

After yet another prep talk (more from each other now) the Larwood Cricket team went out in a courageous and sporting manner. Every run counted, the boys tried to hit every ball and dive for catches when fielding. However, it just wasn’t enough and we lost by 6 runs!

Larwood came 3rd out of the six teams they were competing against.